There are many things revered in the West, but few as old and sacred as those found on the East Coast. Though the first white men settled Massachusetts in the early 1600s, colonies eventually made their way up to current day Yarmouth, ME by the 1680s. Cousins and Littlejohn Islands were initially used as shipyards during periods of English unrest, but soon became home to settlers looking for a new life. These folks forged a living on the islands, but also stood watch over the mainland if Indians mounted attacks. Click HERE for more details. 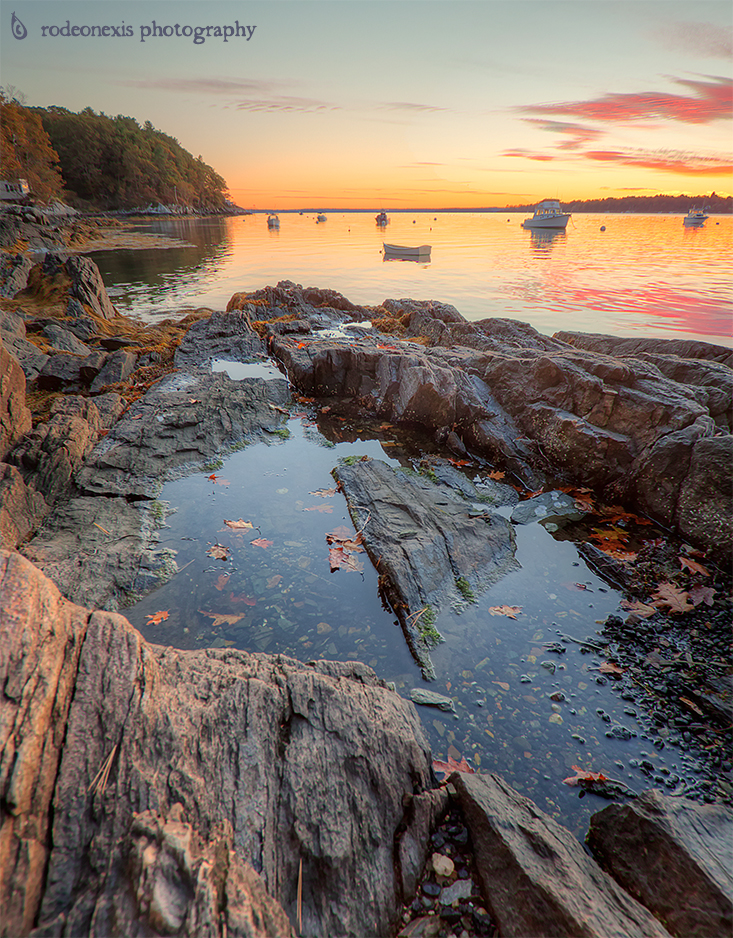 A gorgeous sunrise seen from Littlejohn Island Landing. Yarmouth, ME

These islands must have seemed distant during the early days of colonization. A vast 2 lane bridge now spans between the mainland and Cousins Island, allowing for the easy passage of automobiles back and forth. Even a causeway now connects Littlejohn to Cousins, for easy travel. I can’t imagine the days when Littlejohn residents had to wait till low tide to attempt a passage between their home island to the next closest land mass. Even with boats to aid travel, every step along their journey would have been tedious. Thanks goodness for modern day marvels!