Dead Reckoning: The process of calculating one’s position blindly, from a previously determined location (a derivative of DED, from deduced).

Astronomy is the oldest science known to man, and possibly the oldest use of astronomy is navigating by the stars. Though most people think of sailors using stars to navigate the 7 seas, ancient land dwellers also used the same basic techniques. Learn more by clicking HERE. The sun and moon were recognized as directional tools, but ancient navigator’s used far more than just 2 heavenly bodies to pinpoint their whereabouts. A group of 57 stars with varying brightnesses and locations aided travellers as well. 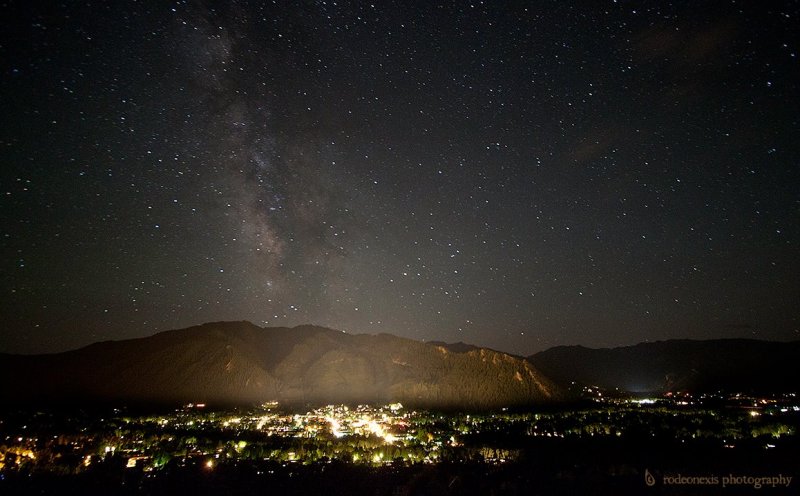 As the world turns, the small town of Aspen, Colorado alighns with the magnificent Milky Way

The key to navigating with stars is having the ability to see their faint light and the horizon simultaneously. That’s why sailors were careful to always measure star positions at twightlight, when both were visible. Once darkness fell, they could easily judge a specific star’s movement across the sky. Learn more HERE. One bit of old world knowledge that is present in our pop culture today concerns the North Star, or properly referred to as Polaris. It was important to ancient travellers because it lies almost directly on top of the North Pole. Because of Earth’s slight wobble, and therefore tilt, this star will lead us in a northerly direction. And that’s another beauty of Mother Nature: built in mechanisms that allow humans, and even some animals, to navigate our nighttime world. Visit Space.com and lear more about these techniques.